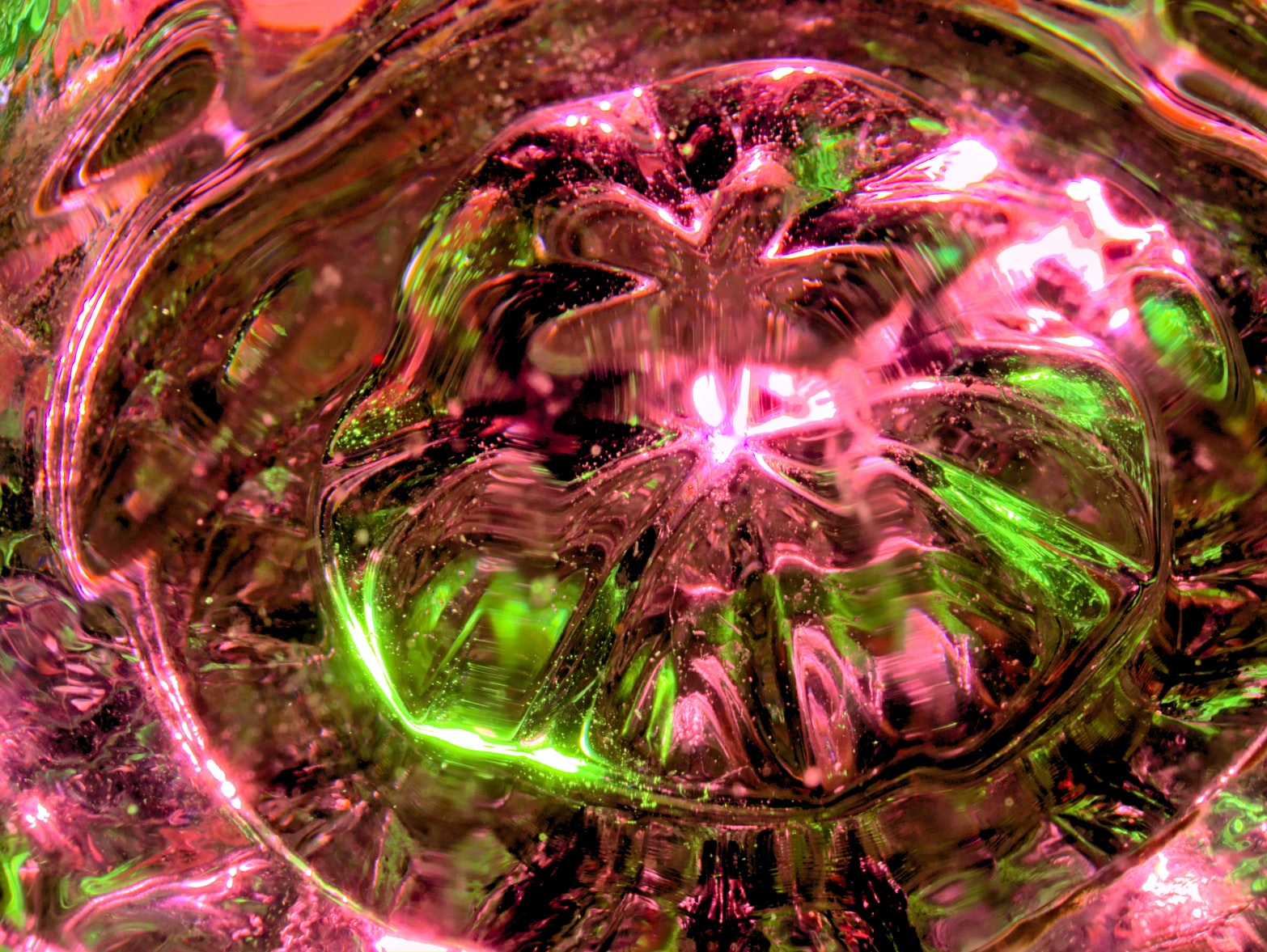 What do a tree, the clouds, a rocky coast, our lungs, and many other objects in nature have in common? Until the 1970s no one suspected that a universality could exist between all these forms of nature. Scientists limited themselves to Euclidean geometry to study them.

However, thanks to the discovery by B. Mandelbrot of the fractal theory which studies complex objects, a new description of these natural forms has been established, a description sometimes more relevant than that given by traditional geometry. Fractal geometry has therefore shown the limits of Euclidean geometry to describe complex objects, it has offered new perspectives to sciences and many applications.

The term “fractal” comes from the Latin “fractus” which designates a fractured object, very irregular in shape. It was Mandelbrot who introduced this term to designate these famous mathematical objects. Mandelbrot formalized fractal theory and its vocabulary, the theory quickly proved useful in many disciplines, especially in the understanding of certain natural phenomena.

Many mathematical notions were first considered “mathematical monsters” before being domesticated, offering new perspectives and many discoveries. This was the case with the Pythagoreans with the appearance of irrational numbers, in the Renaissance with that of negative numbers and complex numbers, and in the 19th century with the increasingly demanding rigor that called into question many ‘statements admitted so far without demonstration.

Fractal objects, too, have long been considered monsters, and sometimes still are today. From 1875 to 1925, the idea spread that mathematicians like Cantor, Peano, Von Koch, Hausdorff were makers of pathological objects: they created objects that nature did not know, questioning Euclidean geometry and notions of function and dimension. An example of a monster is the mathematical existence of continuous curves having many points without derivative.

In 1961, Lewis Fry Richardson was interested in the empirical measurement of the coast of Great Britain: how to measure, with good precision, the length of a coast like that of Great Britain? The most approximate method is to measure the distance between the two ends of the coast: this approximation is surely less than the real distance (which takes into account the complexity of the relief).

If you use a 1-micron bar, you can bypass it down to the smallest grains of sand and the measurement will be all the more precise. Thus, the smaller the standard used, the more precise and long the measured length, an infinitely small segment would give an infinitely large distance. Lewis Fry Richardson thus establishes that the length of a rib as a function of a standard of length n is proportional to nx. The value of the exponent x depends on the chosen coast. In Richardson’s eyes, x was meaningless.

In the 1970s, it was Benoît Mandelbrot, a French mathematician, who gave meaning to x by defining it as D, the fractal dimension. Mandelbrot developed the fractal theory explaining the mathematical monsters of previous centuries and opening up many perspectives and applications. This D dimension allowed, among other things, to characterize the complexity of a coast or any fractal object, offering a new criterion of comparison more relevant than the length. The fractal dimension will make it possible to quantify and measure the shapes and geometries, highlighting the universal character of these shapes. The theory then found many applications (and probably will still find more) in geology, biology, physics, but also in design, photography and cinematography.

What does fractal mean and how does it challenge Euclidean geometry?

We are all used to objects of Euclidean geometry: straight lines, rectangles, cubes and many more. They allow us to simply describe what we find in nature. Thus, tree trunks are approximately cylinders and oranges are spheres. But, faced with more complex objects such as clouds, rocky coasts, leaves, reliefs, a snowflake, a cauliflower, Euclidean geometry is inadequate, so we call on fractal geometry. Fractal geometry is therefore a useful language for describing complex shapes and allows the description of nonlinear processes.

In a linear process, one can deduce a number from those which precede it. When this is not possible, we appeal to the notion of chance. For example, the trajectory of a die is a matter of chance. In fact, it results from imperceptible causes amplified by the throwing of the dice. The result is a chaotic process. The complexity of the shapes of natural objects generally results from simple, often recursive processes. So, it is thanks to computer science that the study of fractals has developed.

Unlike a Euclidean geometric figure, a fractal does not have a characteristic scale or magnitude. Each portion of a fractal reproduces the general shape, whatever the magnification: it is the property of self-similarity. Self-similarity can be exact: in this case, by changing the scale, we have an enlarged object identical to the original. The Von Koch curve is an example of a self-similar fractal. But for many natural objects, the self-similarity is not exact: the enlarged object looks like its initial image, but it is not exactly the same.

This is the case, for example, of a rocky coast or a topographic profile. In these cases, the self-similarity is statistical. A fractal object is therefore an object whose geometry can be described by a non-integer dimension, which has no scale, and which is self-similar.

How does fractals shape the world?

In “Universalities and Fractals” (1997), Sapoval discovers the universality of fractals by comparing geometric structures, which are in fact fractal objects, obtained under completely different natural conditions such a growth of bacterial colony, a photograph of an electric discharge on the surface of a glass plate, an angiogram of human retina, a spontaneous deposit of silver from a solution of silver nitrate on a centrally placed copper disc, a copper tree, etc.

Universality is precisely what these figures resemble each other, while the differences between these images is precisely what in each case is not universal. The link between mathematical or deterministic fractal and fractal object of nature resides in this universality, with certain differences. We saw previously that fractals are characterized by a property of internal similarity (or self-similarity).

It is indeed the phenomenon of chance that will govern the formation of fractals in nature: trees all have common characteristics, their geometric shape resembles each other, and yet, even within the same species, each tree is unique. This difference is due to chance, that is, the uncontrolled processes of their development (or at least, so complex that we do not have access to them).

The role of fractals in the natural world: the case of the plants

Romanesco cabbage and cauliflower are among the most beautiful forms in this category. To the naked eye, they are shaped like a section of a sphere surrounded by leaves. However, if we take a closer look at their surfaces, we can note that these are made up of cones which are juxtaposed in a spiral wound manner, thus forming volutes which themselves constitute cones similar to the first ones, but of larger scale.

So, for both, each of the branches (or sub-branches enlarged several times) can be confused with the cabbage itself or with the original main branch. Cauliflower and Romanesco cabbage therefore exhibit auto similarity and can be considered fractals.

The fern is another example of a fractal shape. It is the leaves or fronds of the plant that present this characteristic of self-similarity. The fractal dimension of ferns is approximately 1.7.

How to define microscopic nature

A fractal form can be defined by a form contained in a finite volume but having a surface which tends towards infinity. Even if the study of fractal forms is quite recent, it appears that plant species develop these forms to be able to increase their external surface.

The growth of a plant is necessarily accompanied by a change in shape. Indeed, the plants try to adopt a shape which moves away as far as possible from a sphere (because if they were too bulky, that is to say mass, they would be too heavy and would lose too much energy to be able to survive). According to F. Hallé, they will achieve this result by splitting the growth along several axes (trunk and branches above the ground, taproot and lateral roots below).

As the plant continues to grow, the need arises for aerial and subterranean branching, which gives access to three-dimensional space without the drawbacks of volume; the plant appropriates the space by filling it with a complex surface finely folded in on itself, so that the volume leaves room for linear dimensions (roots, stems) and surfaces (leaves). The growth of the plant will also be governed by the constraints of the external environment which are often the same at different scales.

There is a very wide variety of fractal shapes in nature; in apparently very different fields and experimental conditions such as plant growth and the organization of the lungs, phenomena and geometries are observed which are very similar in terms of their complexity and fractal dimension.

The discovery of fractal forms in nature constitutes a form of universality unsuspected until then, which makes it possible to compare and model objects, to solve problems until now open, such as the simple characterization of a rocky coast.

Fractal geometry is strongly linked to chance and critical phenomena (limit phenomena). We can therefore expect to find fractal shapes in nature where the abundance of uncontrollable factors makes a process uncertain: this is the case with erosion for rocky coasts and mountains. Therefore, geology collects many examples of natural fractal shapes. One can therefore also expect to find fractal forms in nature where a critical situation is necessary to allow life, for example, where it is necessary to have a maximum area in a minimum volume. This is the case with many plants (cabbages, ferns, trees, etc.) and certain organs such as the lung.

We then understand why we find these geometric patterns appreciated for their beauty in unexpected places in the living world. Fractal theory has already found many applications in geology, biology, computer science… and it is very likely that it can also be extended to other fields as well. The perspectives it has opened suggest that theory will help us better understand the world around us.

As above, so below: The tiniest particle replicates the way our vast Universe is constituted